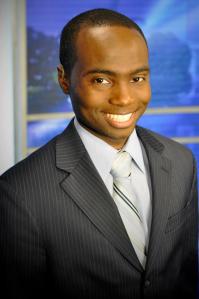 Prior to moving to Huntsville, Carl began his broadcasting career seven months after graduating college as the Sports Director at Station WKAG -3 in Hopkinsville, KY. Carl covered as many as ten area high schools, Austin Peay University, as well as the Tennessee Titans in both Hopkinsville and Clarksville, TN

In December, 2005 Carl received his Bachelor of Arts degree in Broadcast News from Western Kentucky University in Bowling Green, KY, where he was a anchor/reporter for Newschannel 12 at the WKU School of Journalism and Broadcasting, along with a minor in sociology

Carl completed two internships in his junior and senior years during college; one internship at station WEAR in Pensacola, FL and another internship in his hometown of Louisville, KY at WAVE-TV 3… From the Kentucky Derby to the passion of Florida High School football… Carl was bitten by the sports bug instantly!

In his free time Carl loves to work out, “attempt” to play basketball along with other sports and the most important aspect of life… EATING!

“I’ve never met a stranger in my life… so feel free to say hello if you see me out in about across the Valley!”

If you have a story idea, or just want to say hello, email Carl at cprather@waff.com, and/or follow him on Twitter (@CarlPratherWAFF) and his Facebook fan page (CarlPratherWAFF).

One thought on “About Carl”